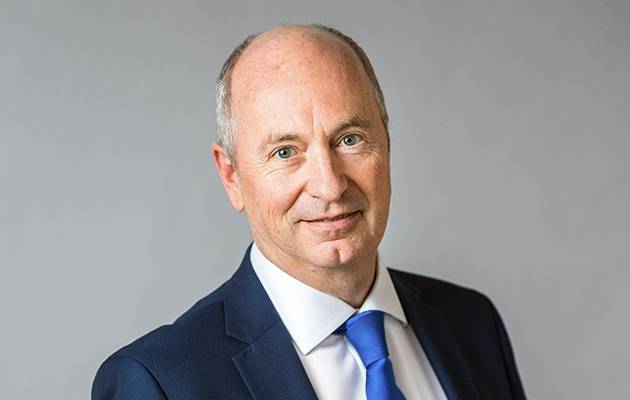 Andy Brown was born in United Kingdom, on January 29, 1962. He has been Vice-chairman of Galp’s Board of Directors and Chief Executive Officer since February 19, 2021, responsible for corporate services Strategy and Market Intelligence, Investor Relations, People, Legal and Governance and Marketing and Communication.
Andy enjoyed a 35-year international career with Royal Dutch Shell.
In the first half of his career, he worked in The Netherlands, New Zealand, Italy, Brunei and Oman in various engineering, project management and asset management roles in the Upstream business.
In 2000, he moved to the Corporate Centre in London, where he worked and travelled, firstly with the deputy Executive Chairman, and subsequently the Executive Chairman of Shell, as an advisor.
In 2002, Andy was tasked with growing a business in Qatar, moving there in 2004, where he led Shell’s country entry, negotiation and delivery of the ground-breaking $18 billion Pearl GTL project. He was also responsible for Shell’s shareholding in the Qatargas 4 LNG project.
In 2012, joined the Executive Committee of Shell as the Upstream International Director covering the world outside the Americas, which included not only the exploration and production business, but also the world’s largest private Integrated Gas business (LNG and Gas to Liquids).
In 2016, following Shell’s acquisition of BG, was appointed as Upstream Director. In this role Andy successfully completed the integration of the BG assets and people into Shell, whilst also turning around the Upstream business performance. In 2019 Andy stepped down from Shell.
During his Shell career, he was known for his energetic and inspirational leadership, passionate not only about improving business performance, but also about the safety, welfare and development of people.
Since stepping down from Shell, Andy has taken on a portfolio of roles including Vice Chairman of SBM, Senior Advisor to McKinsey and Co, Consultant for JMJ and Advisor to ZeroAvia, a hydrogen/fuel cell aviation start up company.
Andy Brown is graduated in Engineering Science from Cambridge University in 1984.