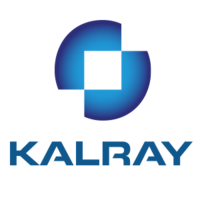 Eric Baissus graduated from the École Polytechnique in Paris and the TélécomParisTech in the early nineties. Strong of his engineering degrees, Eric followed his passion for new technologies and set out on a path of innovation. Back then, there was a lot of hype around mobiles, and he joined Texas Instruments which had decided to invest in this new market. For 8 years, Eric was at the heart of TI’s wireless chipset business growth. He led the development of various chip designs and wireless reference solutions, thus contributing to the success of the company as the world’s leading supplier of semiconductors for wireless handsets. The founder, and then president of Texas Instruments’ Wireless Division, Gilles Delfassy, is Kalray’s supervisory board chairman today. “I always admired [Eric’s] vision, his ability to perceive trends early and challenge the conventional way, allied with solid technical competency” says Gilles about Eric.